Thanks to the Istanbul Convention, in the event of a partner violation or persistent pursuit against LGBTQ+ individuals, we can get results when we apply for restraining or protection orders. 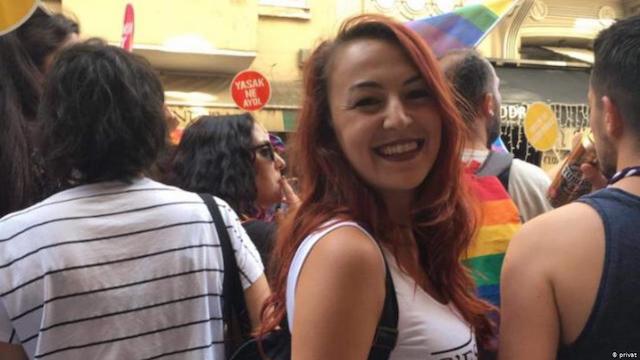 The Istanbul Convention, a guide in combatting violence against women and discrimination based on sexual orientation and sexual identity, has recently been the target of some media outlets and social media, which claim that the Convention destroys the family structure, and fosters a gender-free society. We consulted Attorney Hatice Demir, the Legal Counsel of the  Social Policies, Gender Identity and Sexual Orientation Studies Association (SPoD) about the responsibilities that the Istanbul Convention places upon the States Parties on the rights of the LGBTQ+ community.

The claims against the Istanbul Convention that “it divides the family”, “increases divorces”, clearly demonstrate that the Convention protects married women. How does it protect unmarried women?

First of all, it should be noted that the Convention does not differentiate between women as married and unmarried. Insofar as the Convention entails duties for states against “gender-based violence”, its protection extends to all victims or survivors of gender-based violence.  In Article 3/C, the Convention defines gender as “the socially constructed roles, behaviours, activities and attributes that a given society considers appropriate for women and men”. This definition comprises all persons, and particularly women, who become subject to violence for not conforming to the roles attributed to genders, such as not cooking, refusing to have children, insisting on working, objecting to the concepts of honor and purity, having same-sex relations, engaging in sex work.

To answer your question, the Convention defines domestic violence as: “all acts of physical, sexual, psychological or economic violence that occur within the family or domestic unit or between former or current spouses or partners, whether or not the perpetrator shares or has shared the same residence with the victim.” In other words, the Convention is not limited to violence between legally married people but includes the prevention of violence between partners.

What is the scope of partner violence under the Convention? For instance, does the Convention make it easier to get a restraining order against the person we live with?

The letter and spirit of the Convention suggest that intimate partner violence concerns violence from any partner irrespective of a marital union and status. Not only does the Convention not require the existence of a marital union, but also, it does not require residence at the same domicile or for the partner to be of the opposite sex. This is clear from the wording of the Convention. For example, it does not use the words spouse/husband, but prefers to use “partner”.

Regarding the emergency restraining orders, Article 52 of the Convention requires that “Parties shall take the necessary legislative or other measures to ensure that the competent authorities are granted the power to order, in situations of immediate danger, a perpetrator of domestic violence to vacate the residence of the victim or person at risk for a sufficient period of time and to prohibit the perpetrator from entering the residence of or contacting the victim or person at risk.” This liability is also set out under our domestic law within Law no. 6284.

What about the expression “sexual orientation” and the rights of the LGBTQ+, which have been put forth as the reasons to withdraw from the Convention? Are they mentioned under the Convention, and if so, how?

Sexual orientation and gender identity are mentioned in paragraph 3 of Article 4, under the heading “Fundamental rights, equality and non‐discrimination”. Accordingly, “The implementation of the provisions of this Convention by the Parties, in particular measures to protect the rights of victims, shall be secured without discrimination on any ground such as sex, gender, race, colour, language, religion, political or other opinion, national or social origin, association with a national minority, property, birth, sexual orientation, gender identity, age, state of health, disability, marital status, migrant or refugee status, or other status.”

As you can see, the Convention states that a State Party cannot discriminate between those it protects from gender-based violence. As the LGBTQ+ community is often the target of such violence, the Convention explicitly bans discrimination based on sexual orientation and gender identity while protecting the victims. That said, even if sexual orientation and gender identity were not explicitly pronounced under the Convention, the definition under the Convention would still suffice to cover protection for the LGBTQ+ as well.* It is a well known fact that the LGBTQ+ community is one of the most disadvantaged groups when it comes to gender-based violence.

What kind of protection does the Convention provide for LGBTQ+ individuals?

Rather than providing specific protections for the LGBTQ+, the Convention provides protection for all victims – without any sort of discrimination – from gender-based violence. Thus, the LGBTQ+ fall under the protective umbrella of the Convention. This Convention is often brought up in connection with the LGBTQ+ because it is the first and only convention to make gender its central focus and emphasize protection for those who do not conform to gender roles attributed to men and women by society in defining gender.

The Convention asks for the prevention of violence against a person by her family because she is a lesbian. It writes that punishment for crimes against sex workers shall not be mitigated on grounds that the victim “was involved in prostitution/was immoral”. It tells us that “I thought she was a woman, but she turned out to be a man” cannot be a valid defense in transgender murder cases. It asks that the murders of gay people by their family members such as the cases of Ahmet Yıldız and Roşin Çiçek be effectively investigated. The Convention states that defenses such as, “they were gay and brought shame on the family name. We killed for our honour” cannot be mitigating circumstances for the sentencing. This is what all the fuss is about.

Otherwise, everyone knows very well that the Convention does not promote homosexuality. This is not because the Convention is flawed or lacking; it is because homosexuality is just not something that can be promoted. It is also not a sickness or a crime. The Convention tells the signatory states that they cannot idly watch people be subject to violence because the victim is gay, bisexual, transgender or does not conform to gender roles for men/women. Signatory states have to prevent violence and develop policies to protect people from violence.

Can you give any concrete examples of how the Convention protects the LGBTQ+, a case that became public?

Thanks to the Istanbul Convention and Law No. 6284, in the event of a partner violation or persistent pursuit against LGBTQ+ individuals, we can get restraining or protection orders when we apply. I can tell you about a recent file where we got such results. A lesbian woman suffered from psychological and economic violence from her long-time partner, who was also her business partner when she decided to end the business partnership and start her own business. Her partner threatened her that unless she relinquished all her partnership shares without asking for compensation, she would out her as a lesbian to her family. The woman was clearly concerned about what may happen if her family finds out about her sexual orientation. None of her attempts to end these threats got any results. So we applied for and obtained an order against the perpetrator, on the basis of the Istanbul Convention and Law No. 6284, preventing further threats of violence, defamation, and humiliating declarations and acts. The restraining order prevented the perpetrator from getting near the victim and her workplace, and from contacting the victim or her family.

Some may wonder what this has to do with the Istanbul Convention. Well, a woman is threatened and blackmailed because she is a lesbian; in other words, because she does not conform to the roles society attributes to women. If these threats materialized, this woman could have been subjected to violence from her family. She could have been killed. The Istanbul Convention requires the state to protect the woman against these threats, and to protect her if the threats materialize. This is what they are objecting to, and what they regard as promotion.

What legal difficulties will women and LGBTQ+ will face if Turkey withdraws from the Convention?

Of course, the Istanbul Convention is not the only piece of legislation to protect women and LGBTQ+. There are other international and domestic laws and legislation such as the European Convention on Human Rights, the Constitution, Law no. 6284, and the Turkish Criminal Code. However, we are aware that the demand to withdraw from the Convention is a step. Why withdraw from a convention that aims to protect victims of gender-based violence, requires policy-making on the issue, and taking steps in collaboration with NGOs working in this field? Especially when the discussion unfolds through manipulative and completely speculative grounds such as “destruction of the family”, “legitimizing homosexuality”… It is not difficult to see that the withdrawal from the Convention will diminish all the gains achieved one by one.

Those against the Istanbul Convention, share demands such as taking away women’s alimony rights, prevention of restraining orders against the perpetrator, and the closing down of LGBTQ+ associations. Let us remember that in this country, the state directly criminalizes and marginalizes LGBTQ+ individuals. The statements made by officials targeting LGBTQ+ are in direct conflict with the obligations put forth by the Convention. As our association SPoD’s Pandemic Report clearly demonstrates, in the last 45 days following the statement of the Head of Religious Affairs, Ali Erbaş (targeting the LGBTQ+ community), our hotline witnessed a 100% increase in calls concerning discrimination and violence based on gender identity and sexual orientation. As the Report explains, increased acts of violence following hate speech has caused the LGBTQ+ community to feel increasingly more vulnerable. If this is the picture at a time when the Istanbul Convention is in force, even if it is not fully implemented, it is clear that a better future does not await us in the case of a withdrawal. It goes without saying that the LGBTQ+ community will continue to fight for their rights no matter what.

*Article 4 Paragraph 3 of the Convention states: “The implementation of the provisions of this Convention by the Parties, in particular measures to protect the rights of victims, shall be secured without discrimination on any ground such as sex, gender, race, colour, language, religion, political or other opinion, national or social origin, association with a national minority, property, birth, sexual orientation, gender identity, age, state of health, disability, marital status, migrant or refugee status, or other status.” 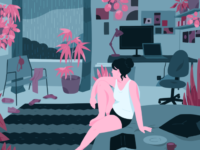