We continue to stand in solidarity to defy the oppression against women. 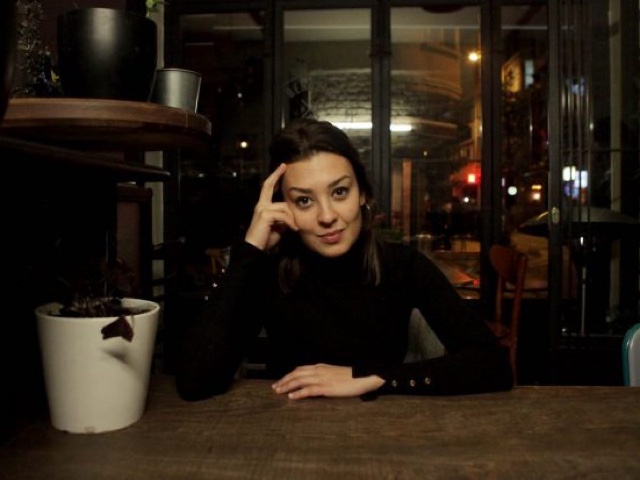 Nahide Opuz reported – on 36 occasions – the threats and violence her husband inflicted on her and her family to the state authorities, and yet, they failed to protect her. Opuz’s mother was murdered by the same male perpetrator. Opuz applied to the European Court of Human Rights to make a case against The Republic of Turkey. The ECHR decreed that the state had failed to protect a citizen – a woman – from violence inflicted by persons driven by tradition, convention, honor and gender-based discrimination. In addition, the court issued Ankara with a fine of thirty-six thousand and five hundred euros to be paid to Nahide Opuz.

Following this ruling, Turkey, as though in an attempt to deny the existence of such cases, became one of the first countries – in effect the first – to put in use the The Council of Europe Convention on Preventing and Combating Violence Against Women and Domestic Violence. The Convention supported by the Council of Europe is known as “The Istanbul Convention” as it was opened for signatures on 11 May 2011 in Istanbul. Ahmet Davutoğlu, then Minister for Foreign Affairs, was the first signatory. Turkey’s parliament ratified the Convention on 14 March 2012, the Convention came into force on 1 August 2014. It was formally approved on different dates by 34 countries.

Women find it unacceptable and incomprehensible that the state of Turkey is opening to discussion and signaling to back out of the Convention. The Republican People’s Party High Disciplinary Council member and lawyer Tuba Torun explained that the Convention has nothing to do with harming family structures. She said, “The Convention is against violence, that is what it is concerned with, violence. Pulling out of the Convention basically means that we do not support human rights, that we will not protect human rights. That we do not observe our fundamental rights and liberties”. We turn to Attorney Tuba Torun for more:

What differentiates the Istanbul Convention from other international Conventions?

The Istanbul Convention is an international Convention backed by the European Council. It is of critical importance because it aims to prevent violence. The Convention is based on an integrative principle named the 4Ps approach, which encompasses policies preventing violence against women. Based on these principles, it holds the signatory countries to account around a set of responsibilities with regards to preventing violence. These responsibilities range from setting up and increasing the number of shelters, to disallowing any shortening of the sentences given to perpetrators of violence, from establishing gender education as a part of compulsory curricula for all levels of education to prohibiting family mediation. In short it lists a detailed set of steps to be taken.

Another crucial point is that the Convention states that violence is perpetrated as a result of gender-based discrimination, therefore, defining it as being committed directly against women. In short, it states the following: The violence perpetrated against women is rooted in gender roles assigned to women by society. This aspect widens the rationale of the concept of violence. At the same time, the Convention includes a binding principle. Article 90 of the Constitution of the Republic of Turkey states that international conventions are to be adopted as law. It even establishes that obligations under international conventions are to be enforced even when they come into conflict with domestic laws. This means that no matter what, Turkey has to implement the Convention.

Was Turkey already implementing the Convention actively before the recent surge in public debate?

Not surprisingly, it was not being implemented properly. Even then, we still managed to leverage the Convention as a reference point to secure for example the involvement of all women’s rights organizations in legal cases involving women and children. Again, as a result of the Convention, we were able to draft legal opinions and defense statements, wherein the Istanbul Convention served as a guideline. It also had an indirect effect on women’s access to alimony because the Convention includes imperative provisions that enable women who have experienced violence to access financial assistance. We have been able to establish protection orders based on Act No. 6284. This is another enabling aspect of the Convention in terms of the protection of women. The more practical aspects of the preventative measures of the Convention are within the Act 6284 and this has already led to a decrease in cases of violence. Essentially the Convention comprises highly detailed preventative measures for protection against violence, and also prevention against the repetition of violence for victims.

What kind of effect does the public debate concerning Turkey’s withdrawal from the Convention have on the perpetrators?

When you enforce preventative measures against violence by law and make public declarations as such, you send a message to the perpetrators that they will face law enforcement. And therefore, these cases decrease as a result. Yet even having these debates around a withdrawal results in empowering perpetrators of violence. It’s like the state is saying, you are free to perpetrate violence. Regrettably, generating the idea of impunity equates to legitimizing the perpetration of violence, and encouraging perpetrators.

The articles in the Convention pertaining to the protection of LGBTI+ have led some to name it ‘the Convention for the Perverted’, could you comment on that?

The fourth article of the Convention states that anyone regardless of any discrimination is to be protected against violence. In fact, this anti-discriminatory principle also exists in Article 10 of our Constitution and is intrinsic to human rights. The specific mention of the LGBTI+ in the Convention is in the fourth Article, stating that ‘regardless of sexual orientation’ people are to be protected. The Convention clearly protects LGBTI+ individuals. This is why it has been called by some people in the media the ‘Convention for the Perverted’.

The decision to withdraw from the Convention is within the bounds of possibility. What might be the consequences of such a decision?

Neither unjust provocation and good conduct abatement, nor any such reasoning can be used as an “excuse” to justify the perpetration of violence. The Convention holds that any perpetrator of violence ought to receive the maximum penalty. The Istanbul Convention is a convention designed to protect against a public-wide perception of impunity. It declares that violence cannot – under any circumstance or without any justification – be decriminalized.’ Therefore, it inhibits justifications that are employed following the perpetration of violence. It undisputedly nullifies these justifications.

Pulling out of the Convention would also mean losing face in the international arena. After all, the European Council today is a structure built upon fundamental principles such as majority representation, democratic principles and human rights. When you withdraw from an international Convention signed within the bounds of the European Council, you also renounce these attached principles. Withdrawing from the Istanbul Convention means, ‘we are not in favour of human rights, we do not safeguard human rights,’ that we ‘do not comply with fundamental rights and freedoms.’

Please consider this, it is imperative: Pulling out of the Istanbul Convention will also mean that the Act 6284 could be next in line. A withdrawal will mean excluding women from public life and confining them to the home, forcing them to have more children. Even in the face of murder, extreme violence, and exclusion from public life and employment, it discourages women from filing for divorce, to continue remaining married and coerce marriage. White, supremacist, capitalist and patriarchal societies have always taken a stand against accepting women as political subjects. They have refused equal rights because equal rights means that men should also have equal rights, which means disempowering inherently patriarchal structures.

Does the Convention take a stand against the family, as argued by opponents?

And if the Convention indeed does not contain these alleged principles, why is there such animosity?

I believe that the women’s movement in Turkey is the singular successful movement there is. These attacks are in truth crises of masculinity and an integral part of authoritarian regimes. These regimes believe they can manipulate women according to their will and therefore structure policies around the regulation of women. Yet women are neither objects nor things to be controlled. They have equal rights as men. All this effort to subordinate women, to confine them to the household, to transform them into childbearing contraptions will come to nothing. We will undoubtedly stand against this collectively and overcome it. We will continue carving out our path to achieving equal rights with our demands and our gains.

Here is the original interview in Turkish

How Are Women Defending the Istanbul Convention Across Turkey? 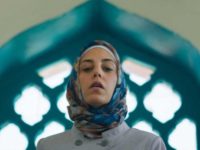 Ethos: Don’t ever call it fate