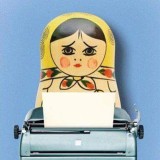 Late at night one day last year, Gokce*, a thirty-two year old Turkish woman, decided she could not take any more of the piercing pain in her abdomen and went to the emergency room of a private hospital in Bursa, the fourth largest city in Turkey, a few hours south of Istanbul.

“The second the doctor heard I was on my period, he became incredibly dismissive, and decided that was the cause of the pain. Despite my insistence that I was able to discern the difference, he told me ‘these things happen during periods,’ gave me painkillers, and sent me home.”

When the pain did not subside the next day, Gokce went to a hospital specializing in gynaecology and found out she had kidney stones.

Gamze, a high school student, has a similar story. When her best friend started throwing up from the pain that had her doubled over, Gamze went to the principal’s office to ask for permission to take her to the hospital. The two friends resisted the principal’s insinuating ‘it’s just period pain, aren’t you exaggerating?’ to go the hospital, only to be given a shot of painkillers and told to wait for the period pain to pass.

But when her friend started screaming from pain, Gamze called her mother. They went to see a specialist, who told them the girl was dropping a large kidney stone, and her kidney was at risk of being ruptured.

Recently, I had translated an article from the US that focused on the same issue, and mentioned in my introduction that an American woman commented on that piece saying, “our stories are legion.” The same comment was echoed by a Turkish woman: “Our lives are full of these stories, where should we even begin?”

I spoke to more than forty women for this article, who went to public and private hospitals, military hospitals, private foundation hospitals, clinics and family doctors, private doctors’ offices and infirmaries. Their ages vary between 14 and 65. In addition to “this is normal period pain,” the responses they have heard from doctors include, “this just happens to young women,” “it will go away once you get married,” “your mother is doing this because she is divorced,” “she is doing it to get out of school, “she is doing this for attention” “just accept that it’s pain without a reason,” “I also see a therapist, it’s not a big deal,” “you really want to grow up quickly” and “stop listening to yourself so much.” Some of these women were later diagnosed with Addison’s disease, autoimmune conditions, migraines, endometriosis, and cancer.

Among the women I spoke to, some have stopped seeing doctors entirely because they were “fed up,” some spent a decade battling intense physical pain, a few almost died, many had their diagnoses delayed for years because the doctors simply said it was “psychological,” some had their ovaries or uteruses removed and fertility seriously damaged, some arbitrarily used antidepressants or antibiotics, and almost all wasted their money and time for years seeing various doctors and hospitals in search of the right diagnosis.

First, the problem has a gender aspect. Take Kubra: “When I complained about my headaches that started during middle school, initially it was my dad who didn’t take me seriously, then it was the doctors,” she says. She thinks it is not just adult and elderly women who face this problem, but female children and adolescents as well. As in the case of the principal, when the complaint has to do with pain and/or gynaecological issues, women are accused of exaggerating, attention seeking, hypochondriasis or too much anxiety.

Dr. Banu Kumbak Aygun, an ob-gyn specializing in fertility, says women, especially those with serious conditions such as endometriosis, get justifiably angered by the “it’s all in your head” diagnosis. “We are talking about real pain that keeps women in bed. That’s one of the biggest problems; hearing that it’s ‘psychological,’ or that ‘menstrual pain is normal.’”

It’s worth mentioning that these dismissive comments, made without sufficiently listening to the patient, can and do come from female doctors as well, and that the gender of the doctor does not seem to be a determining factor. Then again, this doesn’t do away with the fact that both society and the medical world still operate under well-established gender norms. At least in Turkey, there is still a big gap in studies researching sexism in medicine.

According to Ministry of Health data, in 2015 there were 473 million outpatients registered in Turkey. OSCE data shows that the same year 8,4 doctor visits happened per person, and that Turkey has the 4th highest number among member countries. The Activists for Patients Rights Association, a volunteer organization that has been active in patients’ rights councils since 2009, says for patients older than 40, this number can be as high as 20 visits per year.

According to a report published by the US National Academies of Sciences in 2015, most people are misdiagnosed at least once during their lifetime, sometimes with grave consequences. The Activists for Patients Rights Association says that in Turkey, the average number of hospital visits coupled with the fact that patients repeat symptoms are proof that patients are actually not treated properly.

“One way in which patients’ rights are violated is doctors misdiagnosing them and taking action without properly listening first. So many patients are forced to see different doctors with the same complaint. Doctors also frequently accuse each other of misdiagnoses and mis-prescription.”

Activists with the Association point out that misdiagnosing the patient not only delays treatment but negatively impact economic interests of patients and their families, as well as making a dent in the state’s budget – whether patients apply to public or private hospitals. Every misguided test, examination and prescription is included in this loss, which, according to the Association, “always ends up benefiting big pharma.”

Even though it is one of the patient’s fundamental rights to get an accurate diagnosis based on scientific facts and then get the appropriate treatment, among complaints received most commonly by the Association are doctors not listening to patients sufficiently, lack of eye contact, neglecting to perform physical exams and failure to diagnose during first visits.

Semra, who is 33, says “doctors now focus on MRI and blood work results and ignore both patient history and physical exams.” She says she will never forget her doctor’s uproarious laughter during a time she couldn’t sleep or step on her feet because of her pain -despite her blood work not showing anything wrong- his “pain without cause” diagnosis and prescription of anti-anxiety pills. After a months-long search, she is now seeing another doctor for her treatment, and doing better.

“Anamnesis (patient’s account of their medical history) is still the most important element, in fact, it remains about 70% of all medicine. It is paramount to speak to the patient,” says Dr. Akgun, but adds that there is an issue of capacity. “The patient can’t expect to walk into a clinic where doctors see a hundred patients a day, and tell her story. But this is about the medical system.”

The crowds at public hospitals can indeed negatively impact treatment processes. The number of applications to emergency services in Turkey is exceedingly high. When Şenay went to see an internist at a public hospital in Pendik, Istanbul, about her stubborn acne problem, the doctor said her blood work showed hormonal imbalance, and that the problem would be resolved “once she was married,” a euphemism often used in Turkey to mean “having sex.”

“I couldn’t just say ‘I’m not married but I have an active sex life,’ because there were other people in the room,” Şenay says. “The doctor saw three or four patients at once to make it quick.”

Later Şenay saw an ob-gyn, and got to confirm that marriage is actually not a method of treatment. Indeed, “you’ll be fine once married” as treatment, or doctors asking patients if they are married, and taking the answer “no” to mean they don’t have a sex life can hardly be explained away with how crowded public hospitals are.

The female disorders that can’t be diagnosed

When one talks about diagnosis nightmares and women, endometriosis deserves its own page: One of every 10 women worldwide between ages 15-49 have it. That’s about 180 million women worldwide, and over a million in Turkey.

Dr. Aygun, who is on the board of the Endometriosis and Adenomyosis Association, which also supplied the numbers above, says despite the figures, diagnosis of the disorder on average takes “seven years, sometimes longer.” That number is a similar one in the US. Why does it take so long to diagnose a disorder that is more common than cancer or diabetes and that costs women immense physical and emotional pain?

The two typical symptoms of endometriosis are extremely painful menstrual cycles and pain during sexual intercourse. Dr. Aygun says one reason diagnoses are delayed is the common belief in society that period pain is “normal.” “Doctors also believe this. Because society believes period pain is normal, when doctors don’t find anything in scans, they don’t believe female patients,” she says.

The Endometriosis Association is running an awareness campaign with the Ministry of Health, which Dr. Aygun says is acutely needed for schools, medical professionals and family practitioners. “Ob-gyns have this awareness, but other doctors don’t,” she says. Other doctors also matter in this case, since endometriosis can spread to other organs in its later stages.

The other problem, according to Dr. Aygun, is obstacles to gynecological exams and the widespread feeling of shame when it comes to women’s bodies.

“Parents don’t take unmarried women to the doctor,” she says.

The gold standard of an endometriosis diagnosis is a laparoscopy (a surgical procedure in which a fiber-optic instrument is inserted through the abdominal wall to view the organs in the abdomen), but patients, and especially single patients do not want it. “The physical symptoms of the condition may not appear in an ultrasound,” according to Dr. Aygun. “Sometimes even when we don’t see anything in the ultrasound, we can see it in the vagina through a simple exam, but patients do not want pelvic exams. Even though if they went to an otolaryngologist (the ear, nose, throat doctor) they couldn’t tell them, ‘don’t look at my throat, or just check it with your hand.’ They would have to look with an endoscope.”

Young women think “it would reflect negatively on their marriage” if they go through these surgical procedures or voice their pain,” Dr. Aygun says. Doctors, on the other hand, turn to MRIs instead of arguing with patients. Perhaps that is why Turkey is the OSCE leader in number of MRI tests ran per person, despite being the 20th country in terms of MRI units owned. In the US, the second country on the list, as well as in UK and Canada, governments run campaigns to limit arbitrary MRI use, as it is only advised to be used as a last resort.

According to the numbers provided by the Patients’ Rights Association, women file more official complaints, but only 43% of complaints that are resolved in committees are from women. The common request shared by every woman I spoke to for this article was that they would be properly listened to.

“For more than half of my life, my migraines lessened my life quality. But when I finally got the correct diagnosis, I wasn’t upset, I was happy. Finally, somebody had taken my symptoms seriously,” says Kubra. Her words echo those of so many women who spend their time and resources chasing the correct diagnosis.

*First names in this article have been changed and last names omitted to protect the privacy of patients.